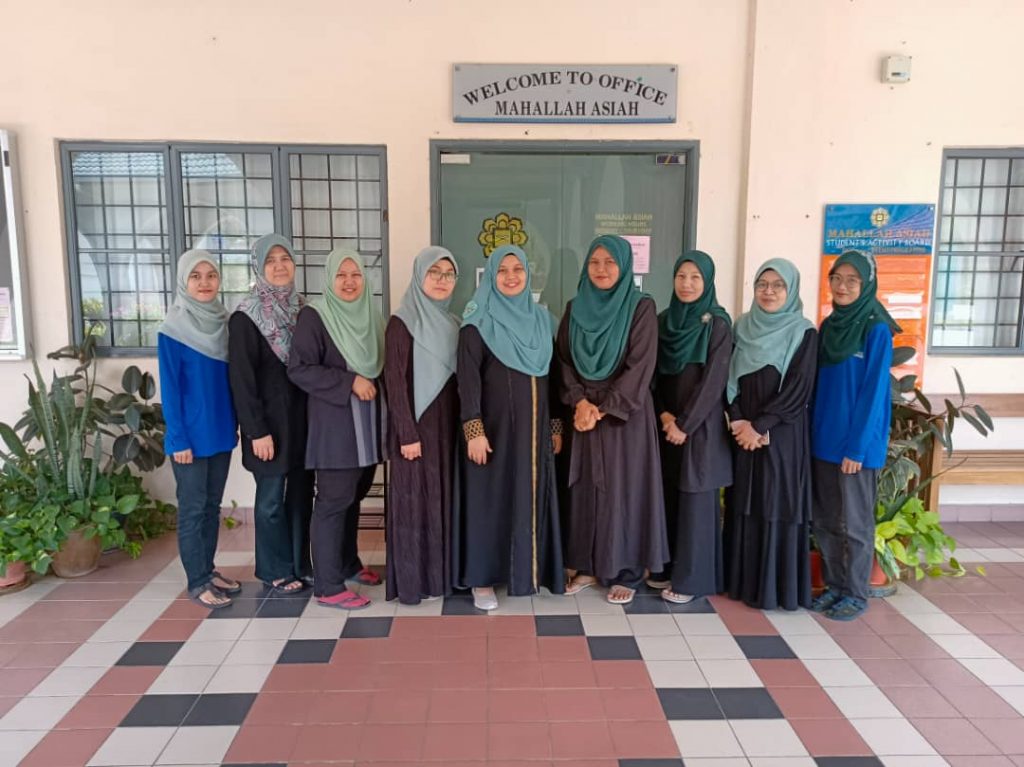 The students’ residential colleges in IIUM are also known as Mahallah, which is Arabic for ‘neighbourhood’. IIUM’s mahallahs are self-contained not only with services but also activities, and are named after the leading companions of the Prophet s.a.w and the female Mujahidah and Syuhada.

Mahallah Asiah آسية is taken from Asiah binti Muzahim, was the Great Royal Wife of the ancient Egypt’s Pharaoh of the Exodus and the adoptive mother of Prophet Musa a.s.  The Holy Quran introduces Asiah as a timeless exemplary model for women. Asiah’s greatness comes from the fact that although she was the wife of one of the most powerful rulers in Egypt, she had the courage to see and accept the truthfulness of Prophet Musa a.s messages.  She was a true example of what it is like to be oppressed continuously but come out victorious against injustice.