Mahallah is a residential college for students in International Islamic University Malaysia (IIUM). Etymologically, the word ‘mahallah’ referred to a place where it is supposed to be self-contained, not only with services, but also activities. IIUM named each of the ‘Mahallah’ after the name of the leading companions of the Prophet S.A.W and the female Mujahidah and Syuhada’. Currently, there are 21 Mahallat established throughout 3 campuses which are Gombak, Kuantan and Pagoh campus.

In Gombak, 17 Mahallat are provided to cater for the accommodation of almost 17,000 students. There are 6 male mahallat which are Al-Faruq, As-Siddiq, Ali Ibn Abi Talib, Bilal Ibn Rabah, Uthman Ibn Affan and Zubair Al-Awwam. As for the female mahallah, there are 9 of them which are Aminah, Asiah, Asma’, Hafsah, Halimatus Saadiah, Maryam, Nusaibah, Safiyyah and Sumayyah. In addition, there are 2 mix mahallah that contain both male and female students which are Ruqayyah and Salahuddin. 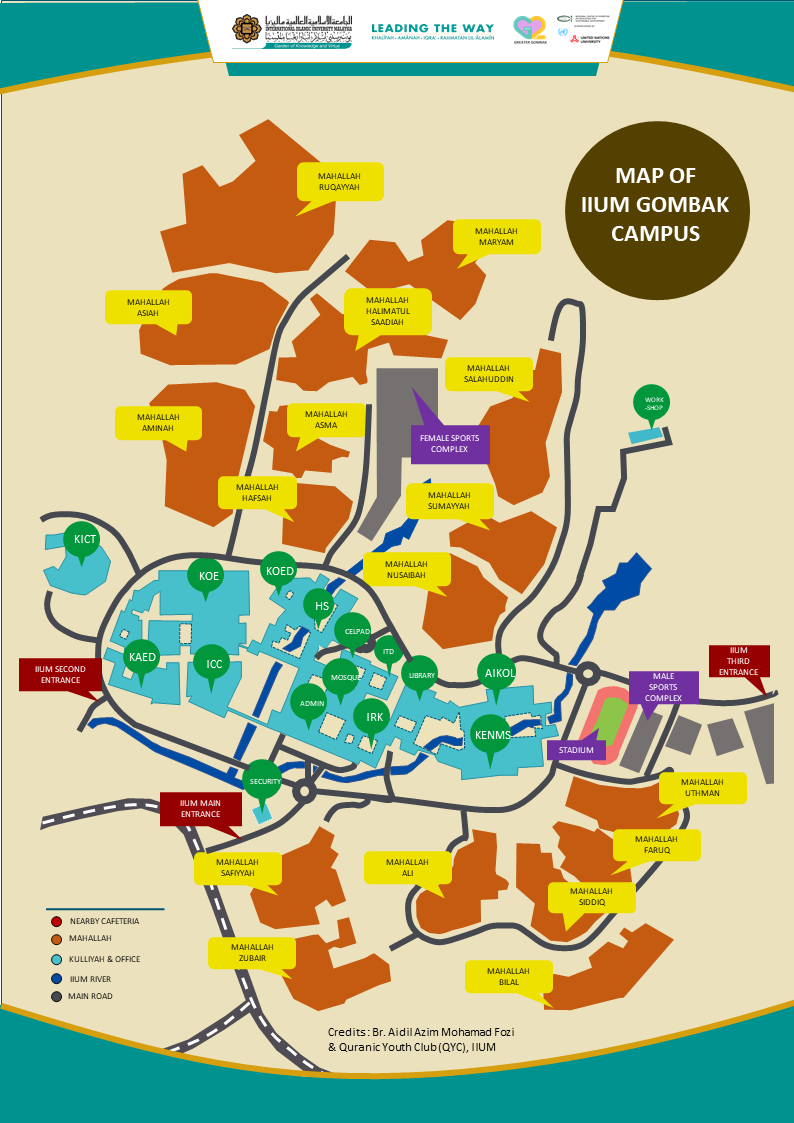 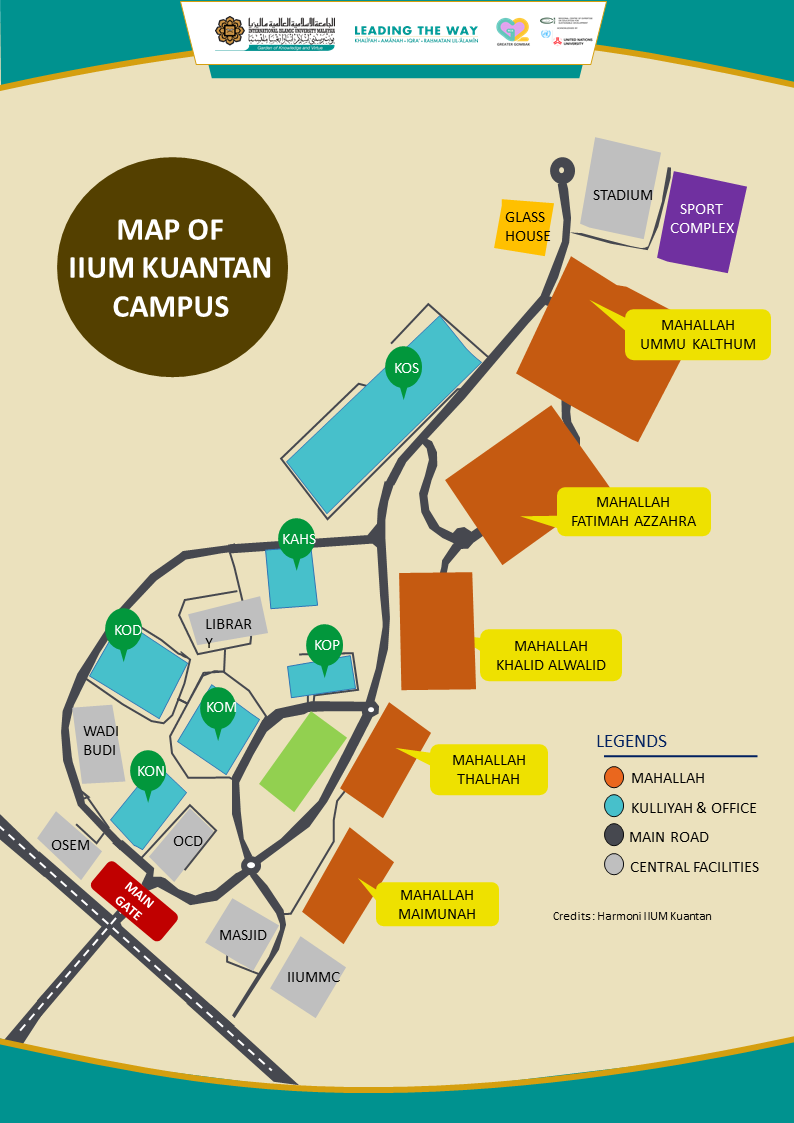 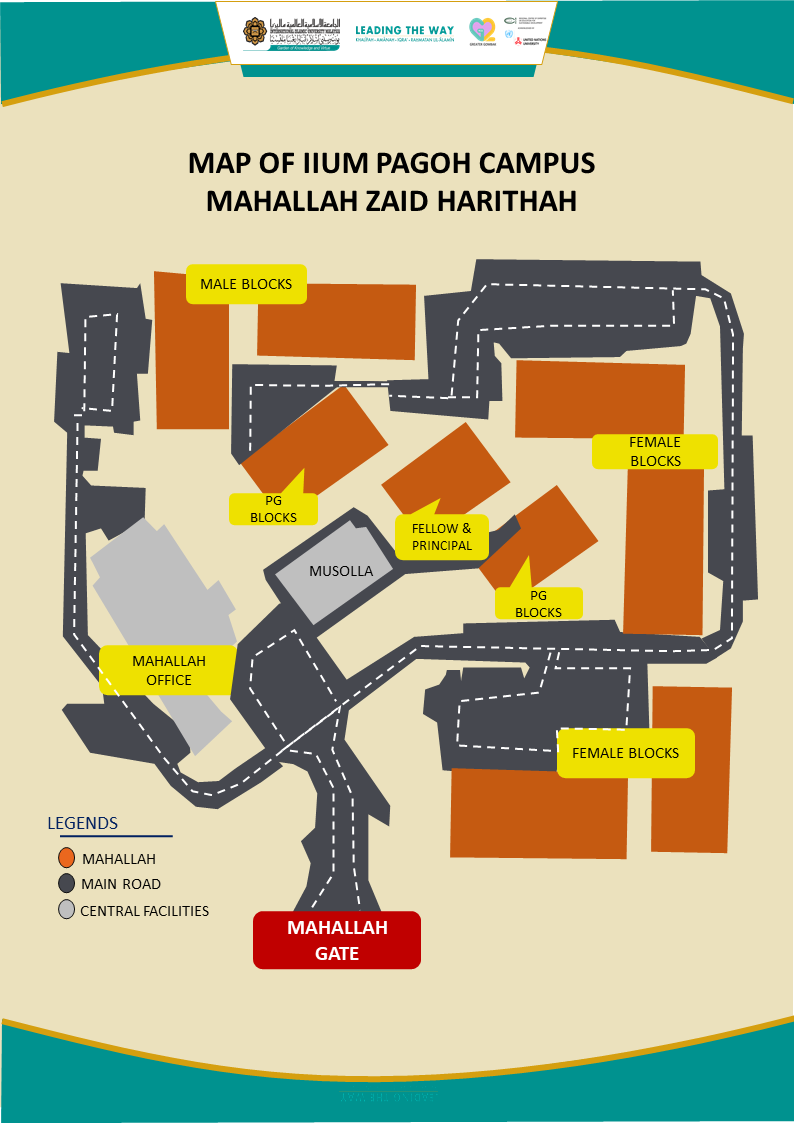